It was 2,300 years ago that Plato wrote of a great island, “larger than Libya and Asia taken together.” His island was the fabled Atlantis and it lay out in middle of the Atlantic Ocean, beyond the Straits of Gibraltar. The story went on: fully 9,000 years before Plato’s time Atlantis was a great city state which controlled an empire extending as far east as Italy and Egypt. After fighting and losing a war with the Athenians, Atlantis was consumed by a day and a half of earthquakes and floods. The whole land mass sank into the ocean and it has been lost ever since.

It’s a wonderful story and just the type that we scientists love to debunk. But the word debunk implies ridicule, and when you ridicule a popular myth, you run the risk of appearing arrogant. Now, believe me, arrogance is not exactly unheard of in science, so let’s take a careful look at the story of Atlantis. We will find, as is so often the case, the true story is a lot better than the myth.

You can start by gazing eastward from any prominent high point, preferably the top of the Catskill Front. A lot of geologists have done this. They are looking at Columbia County and the profiles of the Taconic and Berkshire Mountains, but nearly all have pondered the same question: Where did all the rock out there come from? Beneath them, the Catskill Front is made of 17,000 feet of sandstone. That’s only a small part of what is sometimes called the “Appalachian sequence.” The whole sequence consists of sedimentary rocks about 40,000 thousand feet or so thick. It wasn’t always rock, it was once all sediment. Sediment has to come from somewhere and 40,000 feet of it has to come from somewhere big, so you can appreciate the geological curiosity. 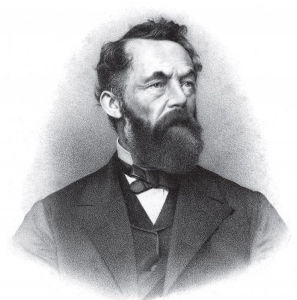 In the 1840’s James Hall, the great Albany geologist, got very interested in finding where all that sand had come from. He traced these sediments all across North America and soon convinced himself that the thick Appalachian deposits always thinned to the west. It must be, he thought, that if the sediments thinned to the west, then they must have come from a source in the east. Now James Hall had no interests in the myth of Atlantis, but other geologists wondered about that source land. Was this the real Atlantis?

In the late 19th century, Charles Callaway first calculated the total volume of sediment that made up the Appalachian sequence. From this he estimated that there must have once been a source land about the size of Australia out in the North Atlantic. Callaway thought that the weathering and erosion of this source land provided the sediments of the Appalachian sequence and also similar rocks in Europe. Callaway thought that he had come up with the scientific discovery of an ancient lost continent – a real one! He called it “Old Atlantis.” Old indeed, Callaway’s continent was about 400 million years older than Plato’s one.

Callaway’s idea remained popular into the 20th century, but as science progressed, it didn’t hold up all that well. Oceanographers were learning more and more about the floor of the North Atlantic. Surely, they reckoned, if there had once been an Atlantis out there, some remnant would still remain, but none was ever found.

The solution to the “source land problem” came in the late 1960’s and it was a terrific story, much greater than the old myth. Continents and oceans, it turned out, were not eternal. Once there had been no Atlantic Ocean at all, neither was there a North America or Europe. Instead there were great land masses, ancestral to the ones that we are familiar with. Back then, an ancestral Europe was drifting westward and actively colliding with an earlier form of North America. As the two crushed together a great mountain range was thrust up all along the collision zone. Such things do happen and can even be seen today. India is colliding with Asia and the Himalayas are the product of that collision. Our Taconics and Berkshires are part of the 400 million year old ancestral Appalachian system. At their peak they were called the Acadian Mountains and they, not Atlantis, provided the sediments we see today in places like the Catskills.

So the Atlantis of Plato’s myth never did exist. But when we debunk his story, it’s not arrogance, but confidence that science can provide a better story which motivates us. Our story tells of moving and colliding continents. The story speaks of once towering mountain ranges which are no more. It’s a great yarn and one of the most important scientific discoveries of the last century. And to me, the best is that the story comes from the bedrock.

So find the time someday to take a hike up to the top of the Catskill Front and gaze east. Find the Taconics and Berkshires on the distant horizon. That’s Columbia County below  and . . . it’s all “Atlantis!” Adds something to the view, doesn’t it?