Ecology in the Anthropocene

The frontiers of science are always exciting places to be. There can be so much creativity going on, sometimes even a frenzy of fast paced deep thinking. Our field, geology, is a very old and a very mature science so you might think that little of this occurs anymore. Maybe – or maybe not. In recent times our science has been debating something called the “Anthropocene.” That’s a, so far, hypothetical unit of time that may have only recently begun. The question is “has mankind altered the world so much that the fossil and stratigraphic record will record and recall the impact of this alteration?” Will geologists of the distant future find stratified rocks that record dramatic and worldwide changes that date back to our times? Late at night in geology bars we, today’s geologists, debate all this. 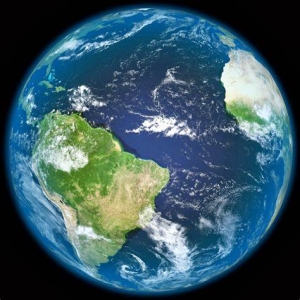 Well, the two of us think that this notion of an Anthropocene just might be legit. We think that there are two trends going on currently that will dramatically alter the future fossil record. First, there seem to be reasons to foresee a general decline in worldwide biodiversity. That’s because of, more than anything else, habitat reduction. Our human species numbers about 7 1/2 billion individuals today and that will quite possibly continue increasing until leveling off at about 11 billion by the end of this century. There were only two billion of us as late as 1930 so you can see that a dramatic population growth has been underway.

Along the way we have also been expanding into habitats where we had been, not long ago, few in numbers. Currently our accelerating expansion into the Amazon Basin is one of the most striking example of this. All this has led to worldwide habitat reduction which has been literally squeezing out one species after another. We have, for example, real fears for the near future fate of the Amazon Basin. The rapid reduction of elephants is also another cause for concern. We can only guess that the future fossil record will see a depletion of species diversity, recorded in the stratified rocks of our age. That would mark the beginning of the Anthropocene’s new and very different fossil record.

But there is something else. Our expansion throughout the world has facilitated the appearance of abundant invasive species. Where we live, in Greene County, there has been an increasing abundance of Japanese knot weed. Throughout the American South there are massive infestations of kudzu. Both are invasives that were transported from Japan with the help of human intervention. Among other things, invasives have the potential of reducing or eliminating native species. The invasive chestnut blight fungus has, for example, all but eliminated the chestnut. Our images of the Anthropocene ecologies are thus not just depleted in species but far more homogenous as well. Future geologists will likely see depleted and homogenized Anthropocene fossil records. That will help define the new time unit.

We want to make a few more points. First, none of this has anything to do with global climate change. If we could push a button and carbon dioxide emissions would come to a complete halt, that might stabilize the climate, but it would hardly stop or even slow human population growth. So too, it would not end habitat reduction. Nor would it even slow species invasions. Second, we do not recall seeing a lot of discussion of these issues. We suspect they have been overshadowed by talk of climate change. These are altogether different ecological problems. That’s troubling.

Are these changes enough to define a new epoch of geologic time? Others think the appearance of radioactive wastes is important. And how does human driven climate change fit into this scenario? Late at night in geology bars…

Contact the authors at randjtitus@prodigy.net. Join their facebook age “The Catskill Geologist.” Read their blogs at “thecatskillgeologist.com.”