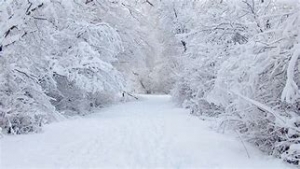 As you might have already guessed, we spend a lot of time writing. We do these columns and many more for other newspapers and magazines. Sometimes, it would seem deserved, that we might get a little time off. Today is one of them. Today we are watching one of those occasional grand snowstorms developing. There is, coming from the far west, a lines of storms, called a “clipper.” That’s a typical event this time of the year. Most of our weather comes west to east across the continent. What makes today special is that there is a coastal storm front coming up from the south. This is air that got its start in the Gulf of Mexico. It was warm and humid when it began its journey towards us. Now it is cooling off rapidly. Air can hold a lot of humidity when it is warm, but not when it is cooling down. That humidity is turning into snow, right now and right in front of we.

There are thus two storms out there and, as we write, they are headed for a collision. In the parlance of our times, that is called a “perfect storm” after the title of a book that came out about years ago.  Perfect or imperfect, we are about to get clobbered. Scientists have studied such storms for generations; they seek to understand the physics of them, with the goal of being able to make sense of their seemingly erratic behavior.  Nature writers have written about them too; seeking to express their feelings as such storms pass. They are artists, seeking to paint with words the passage of a winter storm.

As it turns out, we possess both scientific and nature writer personalities, so we suppose we bear an extra burden if we choose to write about what it being called a “winter storm Nemo” We decided to take both the nature writer and the scientist out today and into the forest that makes up most of our property in Freehold. The four of us walked down the trail we have put together and took in the early hours of the storm.

The scientists got the better of it, we think, at least at first. They looked at the flakes coming down and marveled about how snowflakes are composed of a mineral called ice. Ice, indeed, is just as much a mineral as is quartz. But quartz never falls out of the sky; ice does. The scientists went on to note that ice is the only mineral that falls out of the sky. That threatened to take all the beauty and wonder out of what was happening all around us.

The nature writers motioned us to pause and listen. The woods all around us had become still, absolutely silent. All of the birds were hunkering down somewhere, hidden from view. There were, of course, no insects either. The snowfall was a quiet one, so no winds or even breezes could create any rustling sounds. But this was not an absolute silence that we experienced. In the far distance we could hear the flowing of Catskill Creek. The sounds of its rushing waters were normally muffled by a nearby din, but not on this type of day.

All four of us took note of the colors in the woods. There were only two of them. One was easy for me to describe; it was “snow white” and there was a lot of that all about us. But the other color was tough to put into words. Even the nature writers struggled. “It is an off gray” they said. “What on earth is an off gray“the other two of us laughed. “Well, okay, it is a gray with just a little of brown and a little less green in it” was the best the nature writers could do. The scientists struggled equally. “On a cloudy day only limited spectra of visible light reach the ground and only two colors are reflected back off a landscape. There is the white here and that peculiar gray.” It all sounded so erudite, but it smelled fishy, very fishy.

We continued our trek and soon encountered footprints in the snow. Deer were common, but there was something else that might have been a coyote. We debated that but had found something equally appealing to the four of us. It was fast getting dark and we hurried our pace heading back to home. We each had seen the snowstorm in a different way; it was a decidedly different experience for each of us. But all four of us had the good sense to appreciate it for what it was; a wondrous and beautiful natural event.

Reach all three authors at randjtitus@prodigy.net. Join their facebook page “The Catskill Geologist.”